Congratulations to our client Ivan Ellis he is excited to share major news!!! He has landed a role on the new Fox series Empire alongside some of the most influential actors in the business! "I can't wait until it airs next month!" 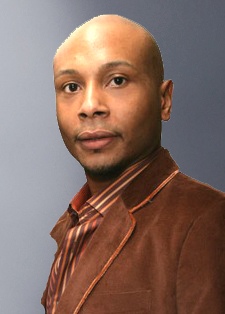 Jelani "Jay' Jones, a Chicago, IL resident has gravitated towards musical engineering, on various levels for quite some time. Remembering back to when he was only 10 years old, Jelani is able to reminisce on a time when he was uncontrollably fixated on the television screen, watching Donnie Simpson's 'Video Soul', his earliest musical inspiration. At a young age, Jelani was so fascinated with the creative designs of musical performances, that he ambitiously pioneered his own music group, 'The Midnight Crew', at the age of 15. The group would be comprised of himself, two of his cousins, and a close friend. Jelani would assume the role of organizing and delegating the group's functions, as well as booking performances. Local daycare centers and talent shows would become their primary audience, as the group tried their hardest to reach the life of heavy exposure and fame. Though Jelani had a very strong craving for musical entertainment, he had not yet gained the mandatory managerial experience necessary to manage the group, and therefore he was impelled to suspend The Midnight Crew. Jelani, after gaining an abundance of leadership qualities from the music group, would turn his focus back to school, and place music on a back burner for the time being.

In 2001, Jelani's musical passion would be reignited after being introduced to a young girl named Jennifer Hudson. After watching Jennifer perform in a play, Jelani was instantly captivated by the sweet sound that emitted from Jennifer's lungs. From that point on, Jelani would attend each performance that Jennifer participated in, in turn becoming a dear friend, and confidant to up and coming singer. Jelani's friendship with Jennifer traveled on a voyage all the way to the steps of Season 3 of American Idol, in 2004. Jennifer experienced an early elimination from the televised talent show, and Jelani strategically stepped in to ensure that Jennifer would be able to capitalize as much as possible from her recent exposure. Reaching back to his management days, Jelani began to pair up with local music producers and book performances for Jennifer, in order to keep her name fresh in the public eye. Jelani astounded even himself, as he noticed his strong ability to be able to adjust to the musical entertainment/management lifestyle, and vowed to make a career from it.

In 2006, Jelani would go on to help jump start a management company based in Washington DC. Afterwards, he would set his sights on a local music group, after the group appealed to him for managerial help. The group, Royal Famlee, offered an unforeseen challenge to Jelani---Hip-Hop. With the industry being flooded with "up and coming" hip hop artists, Jelani understood that it would not be easy trying to get adequate exposure for the group. Instead of declining the group's management proposition, Jelani decided to utilize the help of someone with more in depth managerial/publicity experience, thus he reached out to Regina Daniels. Regina collaborated with Jelani, while serving as both a mentor and a friend. Knowledge of the entertainment industry began to pour in, and Jelani absorbed all that he could. Jelani, with a very small and limited budget to work with, quickly, and single handedly elevated The Royal Famlee from a music group starving for publicity, to a group that begin to generate a huge amount of buzz in the local market. The hip-hop group would be booked for shows in the Chicagoland area, as well as garner radio airplay for their single, "Build Me a Broad". Jelani's hard work, and dedication began to pay off. He is also an associate member of The Recording Academy and Grammy 365 Chicago Chapter.