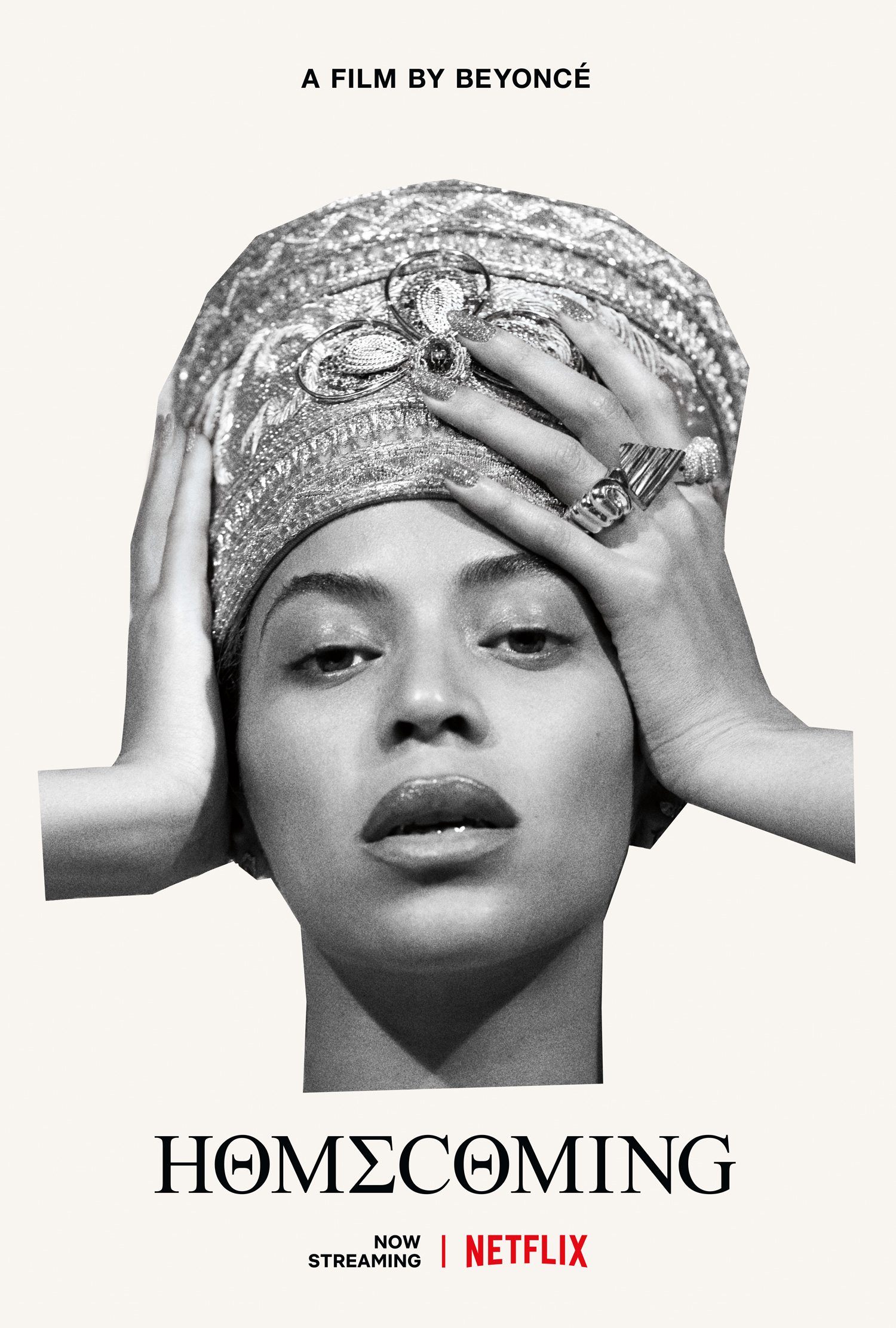 On April 17th Beyonce announced the release of her Coachella performance documentary, Homecoming, to Netflix and fans were more than excited. Beyonce’s iconic performance from 2018 Coachella was something that was viewed by thousands first hand from the California desert and streamed live from social media. This performance was so jaw dropping that fans deemed the whole festival weekend Beychella.

Homecoming not only let the viewers experience the concert but also explains the messages behind the performance. Beyonce wanted to steer clear of the stereotypical “flower-crown” aspects of coachella and showcase true black culture. In the Netflix documentary, Beyonce mentions how she had always wanted to attend a HBCU (Historically Black College and University) and loved watching battle of the bands, so she decided designed her whole set around that experience.

Musically, the performance took fans on a journey of Beyonce's greatest hits that were based off her current life, past mistakes and future goals. Besides appreciating black culture and all that it has to offer, beyonce touched on aspects of feminism; including everything that it took in order for her to have such an amazing come back, such as her pregnancy, weight gain, confidence, and overcoming the constant societal challenges that women face.

As the countdown to Beychella continues the messages Beyonce is trying to teach not only to the Coachella audience but to this generation and to society as a whole gets more clear; it is about cultural understanding, representation and identification.

Coachella’s annual music festival started back 1999 and every year it continues to grow and gain more attention, but within those 19 years, Beyonce was the first African American woman to headline the festival.

“It was important to me that everyone that had never seen themselves represented, felt like they were on that stage with us. As a black woman, I used to feel like the world wanted me to stay in my little box... I wanted us to be proud of not only the show, but the process. Proud of the struggle. Thankful for the beauty that comes with a painful history and rejoice in the pain, rejoice in the imperfections and the wrongs that are so right...we were able to create a free safe place where none of us were marginalized,” said Beyonce.

Beyonce’s 2018 coachella performance was once in a lifetime and “Homecoming” not only shed light on the behind the scenes aspects of a performance but also demonstrated the power that celebrities have to send a positive message. Beyonce has always been unapologetically herself and in the past has always let her work speak for itself. Homecoming was no different, Beyonce served as the executive producer, writer and director, proving yet again that she truly is Queen B.

WRITTEN BY:
Tiffany Wood
This email address is being protected from spambots. You need JavaScript enabled to view it.